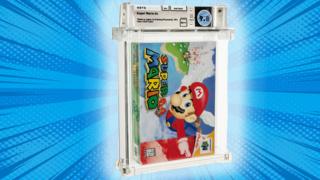 Video games are hugely popular around the world, but how much would you be willing to pay to get your hands on one you desperately wanted?

For one lucky person, the answer is a LOT of money!

A sealed copy of video game Super Mario 64 has just broken the record for the most expensive video game sold at an auction EVER!

The record-breaking sale comes just a few days after a sealed copy of The Legend of Zelda sold for a whopping $870,000 (£627,987), smashing the previous record for the most expensive game sold at auction.

The game was sold in tiptop condition and it received a 9.8 A++ Wata grading from the auctioneers, which is the highest possible rating.

The world's most expensive food

Are these the most bizarre trainers EVER?

Auctioneers Heritage Auctions said before it was sold: "Well - we're a bit speechless on this one. What can we even say that would do this copy the justice it deserves? The cultural significance of this title and its importance to the history of video games is paramount, and the condition of this copy is just so breathtaking that we're really at a loss here,"

"If you have had your heart set on obtaining the highest graded copy of the single best-selling video game on the Nintendo 64 - the first 3D adventure of Nintendo's mascot, Mario - we only have one piece of advice: this is not an opportunity to waste."

The sale of this classic game isn't the only impressive record-breaking sale - check out these other very expensive items sold at auction. 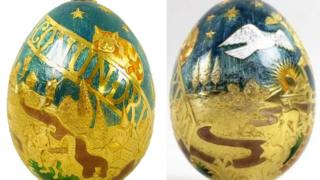 A rare golden egg sold for a incredible £31,000 earlier this year. The Cadbury's Conundrum egg was originally made in the 1980s by the Queen's official jeweller - Garrard - as part of a big treasure hunt.

The chocolate company hid 12 golden engraved eggs around the UK, which could be found by solving clues hidden in a special book as part of a competition.

However, the competition had to be cut short because some people weren't happy that groups of treasure hunters were sneaking around digging up their gardens and fields!

A 13th egg, which was a bit bigger than the others, was also offered as a prize in a competition which was open only to shops, and not the public. How EGGstravagant! 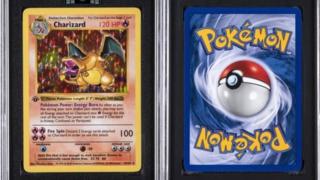 The record for the most expensive card to ever be sold at auction belongs to Charizard.

The card had been given a rating of 10 for its condition, meaning that is was flawless, with no marks. 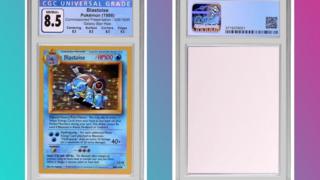 This Blastoise card is especially rare because it is one of only two to exist in the world, and it was printed before even the first edition cards.

It was created by the Wizards of the Coast company back in 1998 and was used to pitch to Nintendo for the cards to be printed in English ahead of Pokémon's launch in the rest of the world.

Other record-breaking Pokémon card sales include a special Pikachu Illustrator card which sold for around £183,000. 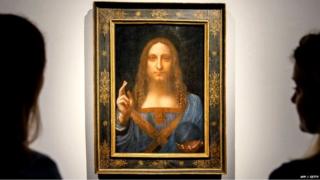 The world's most expensive work of art sold at auction is a 500-year-old painting of Christ believed to have been painted by Leonardo da Vinci.

Most expensive painting left hanging above a kitchen cooker! 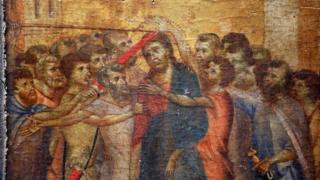 Reuters
This painting sold for £20 million at auction! It's by an artist called Cimabue

A painting that had been hanging on a kitchen wall above a stove in an elderly woman's house for years sold for more than £20 million at auction.

It's a thirteenth century masterpiece - meaning it is probably more than 700 years old - by an Italian artist called Cimabue and it was found in the French woman's kitchen in 2019.

An auction house was asked to go through her home when she moved and discovered the lost painting, which is called 'The Mocking of Christ'.

Most expensive work by a living artist 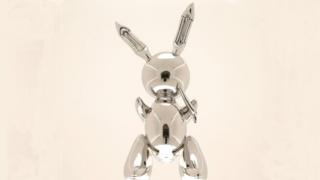 A sculpture by US artist Jeff Koons sold for $91.1m (£71m), breaking the record for a piece of work by a living artist.

The 104cm (41in) tall steel cast of an inflatable rabbit was sold at Christie's auction house in New York. 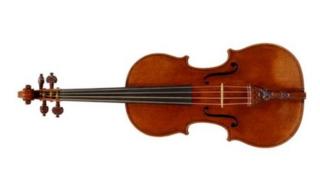 The 'Lady Blunt' Stradivarius violin sold in an online auction for £9.8 million in 2011.

The violin is extremely rare, and is one of about 600 instruments made by Italian Antonio Stradivari still in existence.

Made in 1721, the violin was called 'Lady Blunt' after Lord Byron's granddaughter who first owned it.

All the money raised from the sale of the violin went to the Japan Earthquake and Tsunami Relief Fund.

The pricey pigeon and other super expensive animals

Extreme heatwave breaking records in the US

What happened during Boris Johnson's time as PM