Footballer offers to pay for repairs to fan's ceiling 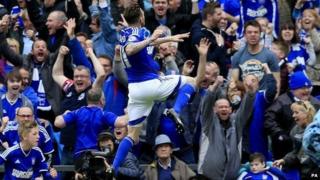 A footballer has offered to pay for the damage to a fan's ceiling, after they punched the air - and the ceiling - in celebration of him scoring a goal.

In his excitement Ross leaped into the air and accidently punched the hole. 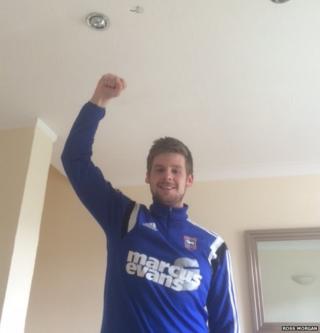 He said: "I went for a fist pump while jumping up at the same time. The next thing I knew I had gone through the ceiling."

Ross later posted a picture of the hole online, and goal-scorer Anderson, offered to pay for the repairs.

Ipswich fan Ross said: "I was pretty shocked by that. It's a great gesture from him."