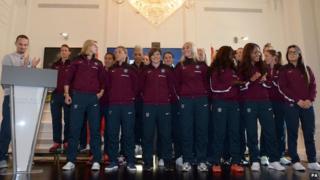 The full list for this year's England squad for the Women's World Cup has been announced by manager Mark Sampson.

The 23 member squad will play in Canada later this year, captained by Man City's Steph Haughton.

Speaking about the team, Mark said: "Together we are a strong unit and will be difficult to play against. We are confident but we need to be focussed."

Other players who made the cut include former captain Casey Stoney and midfielder Katie Chapman.

England won every single match qualifying for the 2015 World Cup, which will be expanded from 16 to 24 teams for the first time.

The team are in group F and will play their first match in June against France. 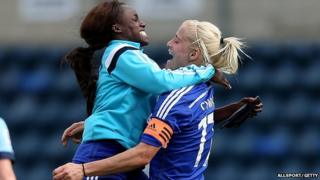 ALLSPORT/Getty
Eni Aluko and Katie Chapman have both made the squad.

Here is the full list of players along with the team they usually play for...