Russian spacecraft 'to fall back to Earth on Friday'

A Russian spacecraft that has been out of control since launching will fall back to Earth and burn up on Friday, scientists say.

The unmanned craft, which has no one aboard, spun out of control minutes after it was launched last Tuesday from Kazakhstan.

The spacecraft is carrying three tonnes of equipment and will break up as it enters Earth's atmosphere. 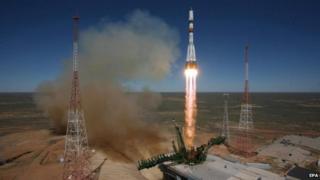 Any parts to reach Earth should hit the sea and not land and scientists have said people do not need to worry.

The Progress M-27M was supposed to deliver food, water, fuel, oxygen and clothing to the crew of six people on the International Space Station (ISS), that orbits about 250 miles above Earth.

But after scientists on the ground couldn't communicate and talk to the craft it began spiralling out of control.

Since then, it has been slowly coming back to Earth, and orbiting our Planet in a pattern that takes it over the eastern United States, Colombia, Brazil and Indonesia. 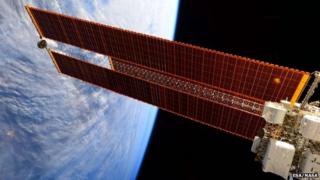 ESA/Nasa
Progress had been due to deliver fuel, food and supplies to the International Space Station

Roscosmos, the Russian space agency, said on Wednesday it expected the spacecraft to enter Earth's atmosphere between 10.23pm on Thursday and 6.55am on Friday.

It said: "Only a few small parts of elements of its construction could reach the surface of our planet."

A special investigation has been set up in Russia to investigate why Progress was lost.

In 2011 another craft was destroyed when it crashed soon after take-off in Siberia.

The astronauts on board the ISS have enough supplies to keep them going until the next expected delivery on 19 June.