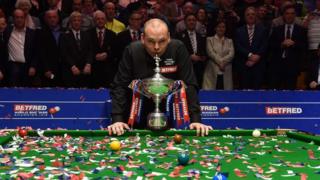 Stuart Bingham has become the oldest, first time, World Snooker Champion in more than seven decades, after 20 years of trying.

He beat Shaun Murphy 18-15 in an epic final at the Crucible, in Sheffield, to secure his first ever world title. 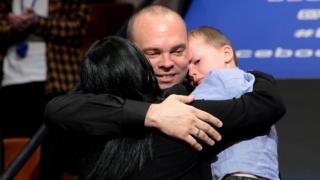 Bingham, who's 38, had already shocked a lot of people by just getting to the final but completed his fairytale journey by winning the whole thing.

In previous rounds he beat, former winners Ronnie O'Sullivan and Graeme Dott to reach the final.

His opponent in the final, Shaun Murphy, paid tribute to Bingham saying: "To come up against an inspired Stuart Bingham... sometimes your name is just on the trophy.

"As a snooker geek like Stuart, there is not a player alive who deserves it more than him."