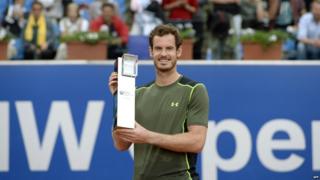 Andy Murray has won his first clay-court tournament at the Munich Open, beating Philipp Kohlschreiber in the final.

By winning the event, he becomes the first Brit to win an ATP event on clay since Buster Mottram in April 1976.

Speaking after the match, Murray said: "I didn't realise I was the first Brit to win on clay for so long, so that's obviously an honour." 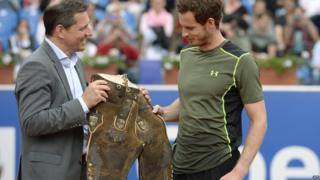 As well as being handed a trophy, Murray was also presented with a pair of lederhosen, which is traditional German clothing. 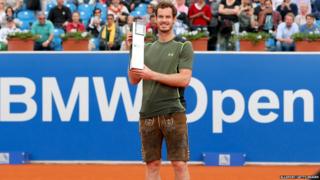 He didn't seem too sure about them at first but it didn't take him long to get them on. 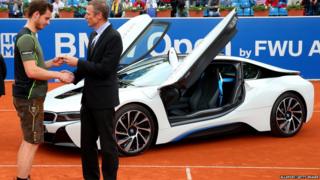 If that wasn't enough, he was also given the keys to a brand new sportscar, courtesy of the tournament sponsors.