It's thought that the Queen could meet her new great-granddaughter Charlotte for the first time on Tuesday.

She was away from London on royal duties when Princess Charlotte Elizabeth Diana was born on Saturday.

Princess Charlotte will be fourth in line to the throne and is the younger sister of Prince George.

She was born on Saturday at 8.34am at St. Mary's Hospital in London.

The name doesn't come as too much of a surprise as many people thought she would be named Charlotte or Alice.

Charlotte is the female version of Charles, which is the name of the princess' granddad, The Prince of Wales. It's also the middle name of the Duchess of Cambridge's sister, Pippa.

Elizabeth is the Queen's name, and Kate's middle name too.

Her third name Diana, is in honour of William's mum Princess Diana, who died in a car crash in 1997. Having this as the princess's third name is a way to remember her grandmother. 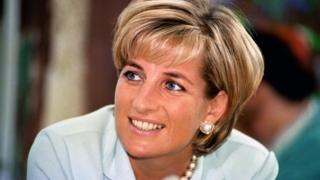