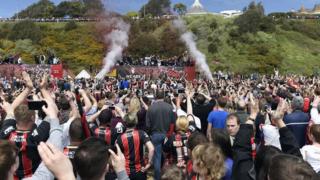 Bournemouth have celebrated promotion to the Premier League with an open-top bus parade.

An estimated 60,0000 fans lined the streets to congratulate the tea team.

The Cherries confirmed promotion to the Premier League in style by being crowned champions on the weekend.

It will be the first time the club has played in English football's top flight.

Six years ago the small club almost went out of business, before being saved at the last minute by chairman Jeff Mostyn. 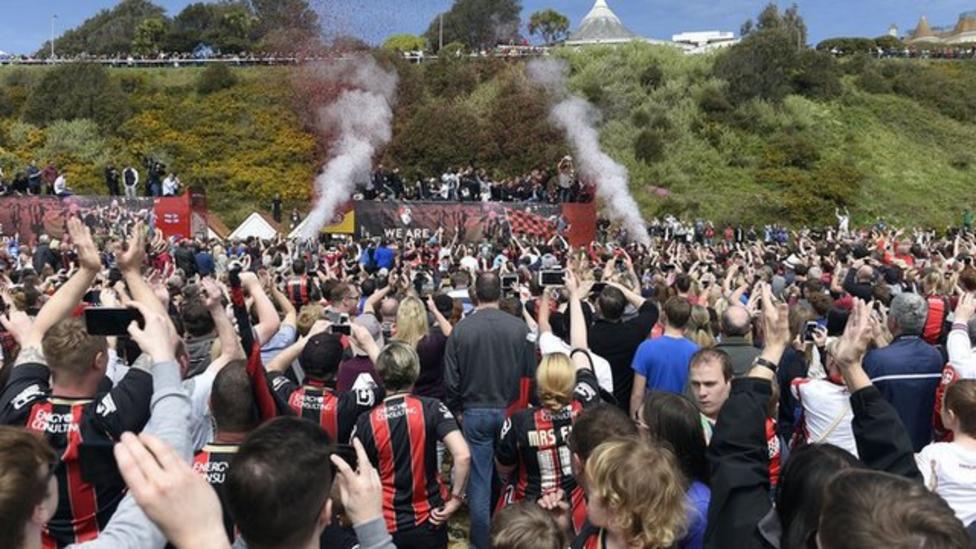