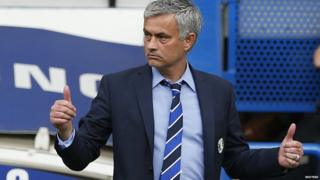 Chelsea manager Jose Mourinho won his third Premier League title at the weekend. Take a look at his career in pictures and numbers.

The manager known as the 'Special One' has taken the football world by storm, since taking charge of Porto in 2002.

After his latest league victory, he now averages a trophy every 34 matches as a manager and has won a total of 22 trophies so far. 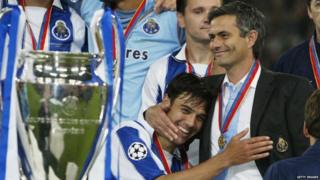 Getty Images
After taking over FC Porto in 2002, he went on to win 6 trophies, including 2 league titles.

After two very impressive years in charge of FC Porto, he moved to Chelsea in 2004 where he started his formidable takeover of the Premier League.

He won the Premier League title back to back, the League Cup, Community Shield and the FA Cup in his first three years at Chelsea. 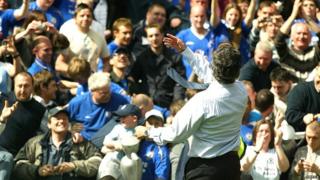 Empics
As the players lifted the trophy for the second successive time, Mourinho headed to the club's supporters and threw his blazer and winner's medal into the crowd.

Sadly for Chelsea fans, Jose wanted to move on from the UK and headed to Italy. But his success didn't end there. 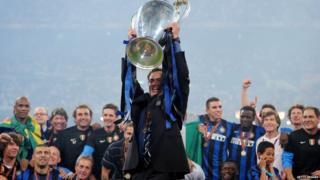 Getty Images
He found success in his first season at Inter Milan, winning the league title and in his second year, won all four major trophies making it a clean sweep for his side.

In May 2010, he was named the 11th manager in 7 years for Real Madrid and was given a 4-year contract at the Bernabeu. 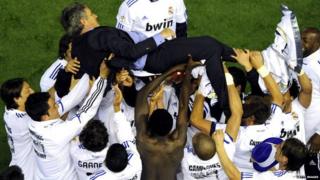 Getty Images
Jose won a trophy in his first season in charge beating Barcelona 1-0 in the Copa del Rey final. It was the first Copa win for Real Madrid in eighteen years and the club's first piece of silverware in 3 years.

But in 2012/2013 Jose struggled to win any silverware with Real Madrid and in June 2013 his grand return to Chelsea was announced.

In his first season back he finished third in the league and went on to say it was a transitional period for the club. 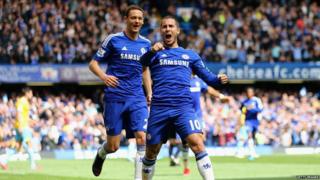 Getty Images
Chelsea's wing wizard Eden Hazard scored the only goal of the game against Crystal Palace which sealed their third Premier League title, with three games to spare.

Chelsea started this season with a 3-1 win against Burnley and it seemed to kick start their route to the 2014/2015 title.

Mourinho has won 135 of 193 Premier League games in charge, which makes his win percentage rate a huge 70%. 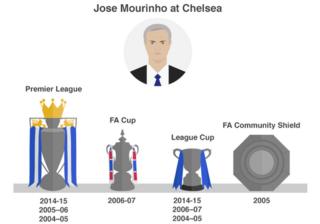 Combining his two spells at Chelsea, he has the best win percentage than any other manager in Premier League history.

Chelsea will have to wait until May 24th to celebrate their title win, when they face Sunderland for their last home game of the season at Stamford Bridge.