The Duke and Duchess of Cambridge have spent the first day with their new baby daughter at Kensington Palace.

The name of their second child - sister to Prince George - could be announced later and members of the Royal Family and the duchess's parents may visit. 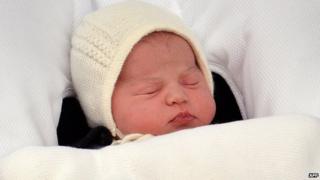 AFP
The little princess is yet to be named

The princess, who is fourth in line to the throne, was delivered at 8.34am on Saturday at St Mary's Hospital in London, and weighed 8lbs 3oz. 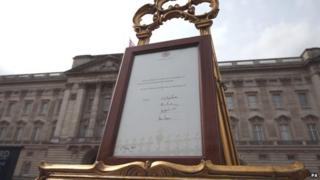 PA
Easel with the announcement of the royal birth

There was lots of excitement outside the hospital when the birth was announced. There was even a town crier.

The little princess's big brother George also came to visit and waved to the crowds with his father.

Lots of photographers and journalists were waiting outside, as well royal fans, some of whom have been camped outside the hospital for weeks. 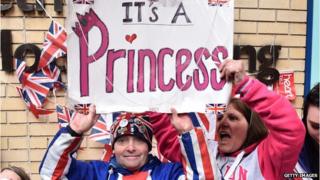 The new arrival was born in the Lindo Wing at St Mary's Hospital where the duke and duchess's first child, Prince George, was born in July 2013. 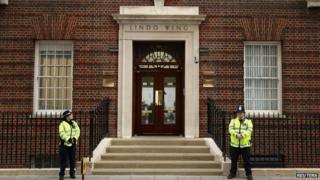 The new baby will be fourth in line to the throne, behind her grandfather Prince Charles, father Prince William and big brother Prince George. 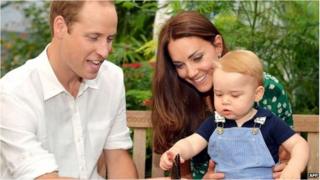 AFP
Prince George, the duke and duchess's first child, will be two years old in July