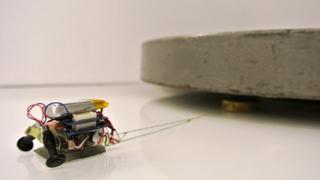 These tiny robots may not look like much, but they can carry up to 2,000 times their own body weight.

The robots, called MicroTugs, were invented by a team of scientists at Stanford University, in America, and have the same amount of power as a human pulling along a blue whale.

The scientists who invented the tiny robots took their inspiration from the way in which certain animals move.

They looked at the way a gecko's feet allow it to stick to surfaces, and how an ant's feet can help it to carry up to 100 times its own body weight.

The robots use tiny rubber spikes on their feet to help them to carry such enormous weights.

The team built a number of different tiny robots, including one so small it had to be built under a microscope, using tweezers to put it together.

They also built a climbing robot which weighs nine grams and can walk up glass carrying weights of up to 1kg, which is the same as a human climbing a skyscraper while carrying an elephant.

The MicroTug robots will be on show at the International Conference on Robotics and Automation in Seattle next month. 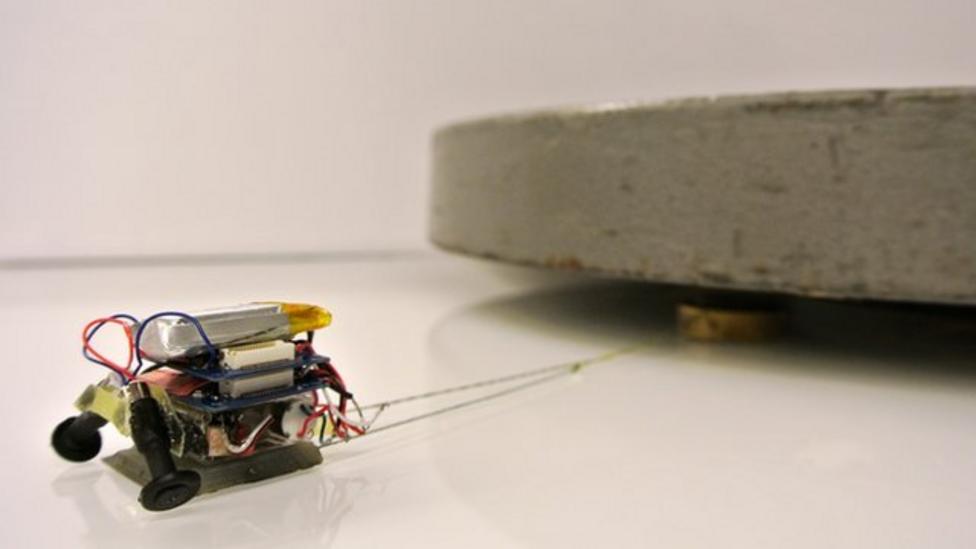