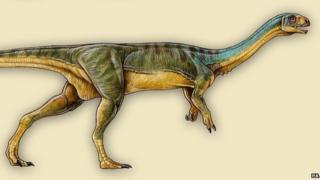 A small vegetarian dinosaur has been discovered in Chile, South America.

The dino called Chilesaurus diegosuarezi was named after a seven-year-old boy who found the fossil whilst playing with his sister.

The Chilesaurus is a much less scary member of the therapod family, which T-Rex and Velociraptor belonged to.

Most fossils are of young creatures, about the size of a large bird. But adult skeletons show it could grow up to three metres in length. 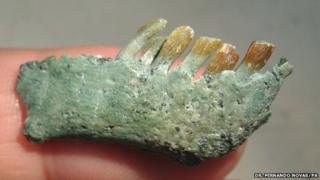 Researchers initially thought the fossils belonged to more than one species of dinosaur, because it has features that seem to be cobbled together from lots of other dino species.

Chilesaurus has short stubby arms with two fingers, like a T-Rex, but with a long neck, small head and leaf-shaped teeth like a sauropod.

Martin Ezcurra is a researcher from the University of Birmingham and has been looking at the fossils.

He thinks that palaeontologists still have a lot to learn about early dinosaurs, and that the Chilesaurus will help them to learn to take more care in the future when identifying a new species.