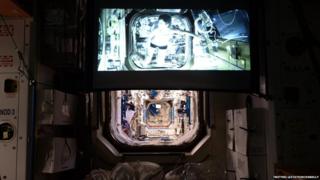 Astronauts on the International Space Station have enjoyed a movie night - and watched space film Gravity.

The team have installed a new HD projector for viewing documents, video calling and watching films.

Gravity is a film about two astronauts who end up in trouble above the Earth. 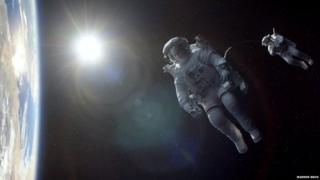 Warner bros
Gravity is a fictional story about two astronauts

The astronaut is spending a whole year in space, so Nasa can look at the effects on the mind and body.

Commander Kelly also revealed that the internet in space was very slow.

He wrote: "We have a slow internet connection. Worse than what dial-up was like."

Dial-up internet was popular before broadband and 3G internet were around - but downloads took a very long time so the astronauts are unlikely to be watching CBBC iPlayer.