Wild lynx could return to Britain after 1,300 years 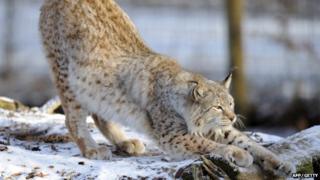 An animal charity is trying to get the lynx back into the UK countryside.

The big cats became extinct in the UK 1,300 years ago.

But now the Lynx UK trust wants to reintroduce them to three forest areas in Britain.

They say it will help stop wild deer from destroying woodland by eating too many plants and leaves.

However, farmers are worried that the lynx might decide to hunt their animals instead.

What is a lynx?

A lynx is a medium-sized cat which lives in the wild. There are four different species of lynx.

The Eurasian, Iberian, Canada and Bobcat.

The Eurasian lynx used to be native to Britain and is the biggest - around 60cm tall - about the same size as a Labrador.

The Iberian lynx is the rarest wildcat in the world and can be found in parts of Spain and Portugal.

You can find the Bobcat in North America and the Canada lynx lives in Canada and Alaska. 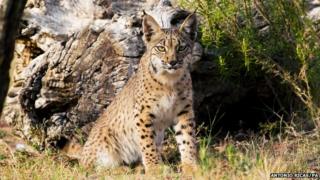 Antonio Ricas/PA
The Iberian lynx is one of the rarest types of lynx, and can only be found in parts of Spain and Portugal.

The Lynx is listed as threatened on the endangered species list, as many poachers hunt them for their fur.

Lynx are usually only active at night and hunt deer, rabbits and hares for food.

Pictures: The wild animals on the rise in mainland Europe