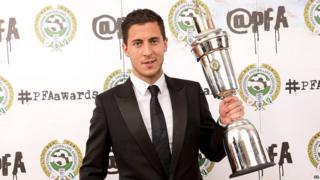 The 24-year-old player has scored 13 goals and made eight assists in 33 Premier League games.

The award was voted for by the Belgian midfielder's fellow professionals. 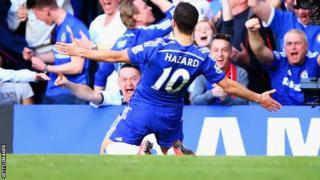 Hazard, who won last season's young player accolade, was handed the prize at the Grosvenor Hotel in London on Sunday.

He said: "I'm very happy. One day I want to be the best and what I did this season is play very well, Chelsea played very well."

"Personally I have played a good season, I have been there in the big games and I scored a lot of important goals," he added.