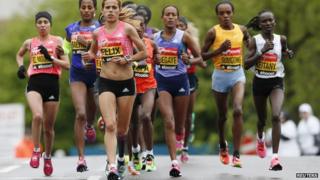 There are hundreds of marathons held around the world each year, from the North Pole to the Sahara Desert.

With so many marathons, here's Newsround's pick of the biggest and the best. 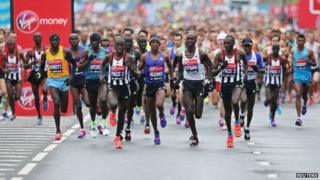 The London Marathon is the best at raising money and holds the record for the largest single annual fundraising event in the world. Since it started in 1981 its has raised a whopping £770 million for charity. 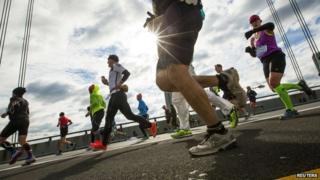 The New York City Marathon has grown from a race with 55 finishers to the world's biggest and most popular marathon, with nearly finishers in 2015. The route takes competitors through all five boroughs of New York. 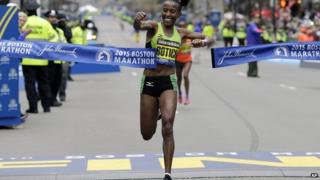 This is the longest running annual marathon in the world. It started back in 1897, inspired by the marathon held at the Summer Olympics in Greece the year before. The Boston Marathon is held in Greater Boston in the state of Massachusetts in America. 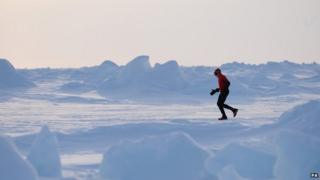 For anyone who doesn't mind freezing conditions, the North Pole Marathon - referred to as the world's coolest marathon - takes place on the top of the world, around the North Pole. 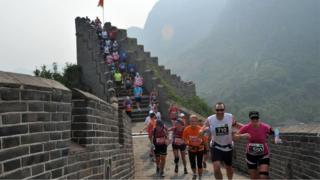 This takes place around the world famous Great Wall of China. Since it began in 1999, it has become known as one of the world's most challenging marathons.