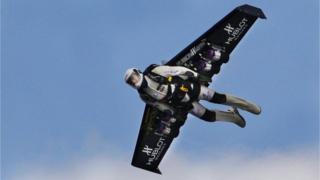 Jet-propelled pilot Yves Rossy, has been speaking about what it is like to fly through the sky at 185 miles an hour.

Yves built a specially developed flying suit back in 2006, using four jet-engines, which you might normally find on a small plane.

This earned him the nickname "Jetman".

The amazing suit has been designed in a way that allows Yves to move around in the air in a similar way to how birds do, by angling and tilting his body to change direction.

Since then he has flown over the English Channel, the Grand Canyon and around Mount Fiji in Japan using his incredible flying-suit.

Jetman is a fully trained professional pilot - so don't try it at home! 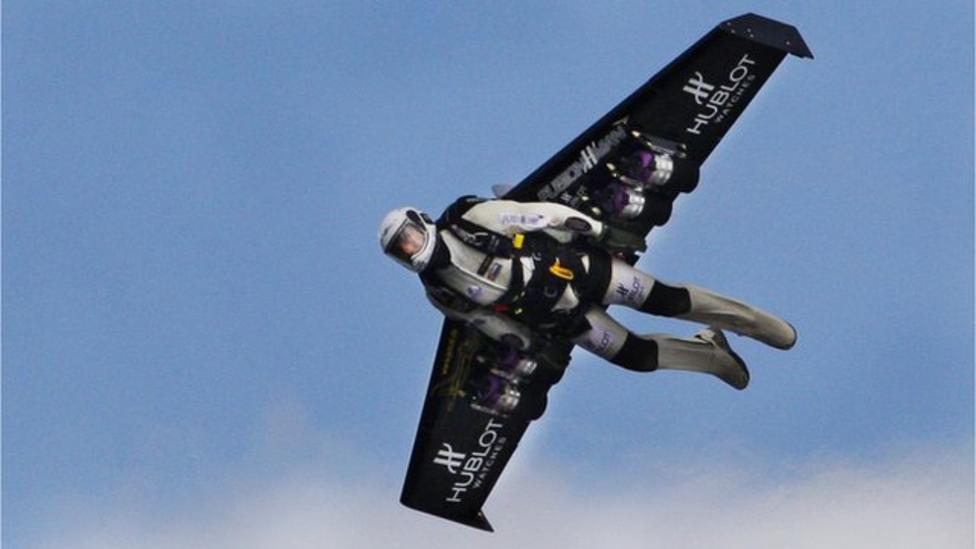