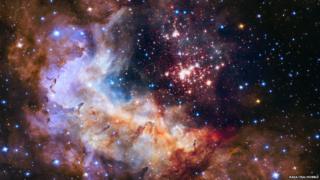 In its 25 years in orbit around the Earth, the Hubble has changed what we know about the Universe.

The Universe is 13.8 billion years old 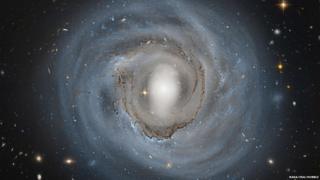 By measuring the brightness of stars millions of miles away, scientists were able to work out the age of the Universe with much greater accuracy.

They now think the Universe is 13.8 billion years old, give or take a few years.

The Universe contains billions of planets 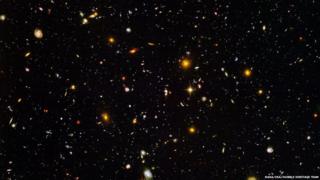 Back in 1995 the Hubble Space Telescope studied a small area of the Universe which scientists thought was empty.

"We thought there was nothing in that space," space expert Dr Maggie Aderin-Pocock told Newsround.

"But when we developed the film, we realised that in that space were 3,000 galaxies."

"It means that in the whole of the Universe there are billions of galaxies, billions and billions of planets," she said. 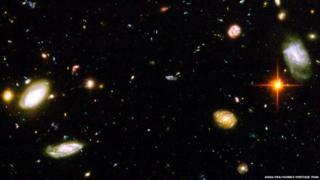 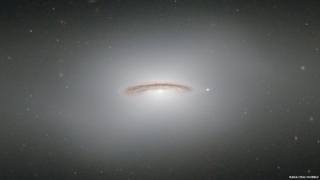 NASA/esa/hubble
Galaxy NGC 4526 has a supermassive black hole at its centre, with the mass of 450 million Suns

For hundreds of years, scientists had written theories about black holes.

A black hole is believed to be an object with a pull of gravity so strong that even light can't escape it.

Scientists couldn't test their theories about black holes until the Hubble Space Telescope was launched.

Hubble provided images clear enough to show that the pull of gravity did affect light, and we now know black holes exist.

That's not all...
The future of Hubble 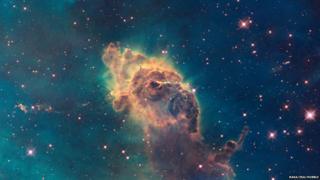 In its 25 years of service, the Hubble Space Telescope has had to be repaired a few times.

Sending astronauts to fix Hubble is expensive and can be dangerous, and no more repair visits by astronauts are planned.

Eventually some of Hubble's important systems will fail and the telescope will no longer work.

Scientists are already working on the James Webb Space Telescope which will take over Hubble's amazing work.

The new telescope is expected to launch in 2018.