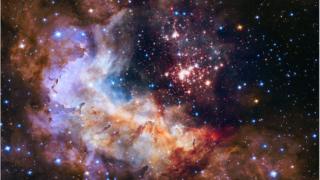 The Hubble Space Telescope has celebrated its 25th birthday with a spectacular image of young stars blazing across a dense cloud of gas and dust.

The "Westerlund 2" cluster of stars is located about 20,000 light-years away in the constellation Carina. 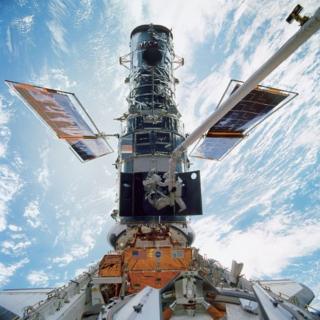 Named after the astronomer Edwin Hubble, the telescope has recorded some of the most detailed visible-light images ever, allowing a deep view into space and time. 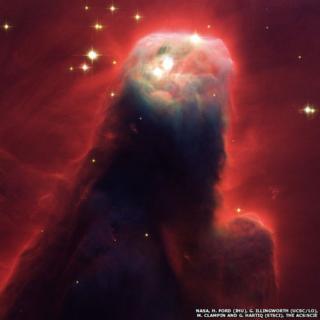 NASA
Many Hubble observations have led to breakthroughs in astrophysics, such as determining the rate of expansion of the universe.

"Even the most optimistic person to whom you could have spoken back in 1990 couldn't have predicted the degree to which Hubble would rewrite our astrophysics and planetary science textbooks," commented Nasa Administrator Charlie Bolden.

Charlie added: "A quarter of a century later, Hubble has fundamentally changed our understanding of our Universe and our place in it." 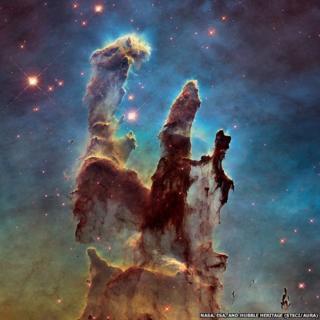 Engineers expect the observatory to keep operating for at least another five years. 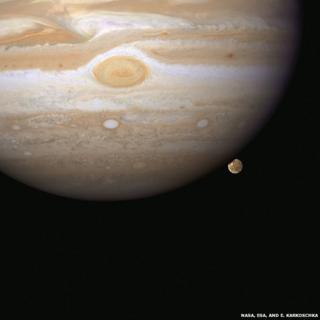 NASA, ESA, and E. Karkoschka
Jupiter and one of its moons, Ganymede - captured over a distance of more than 440 million miles (708 million km) 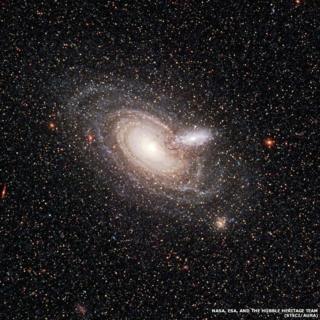 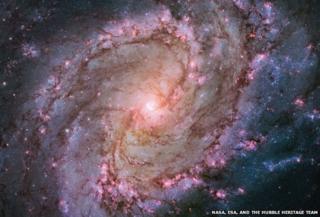 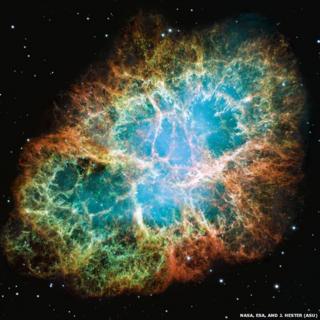 NASA, ESA, and The Hubble Heritage
A star-forming Nebula 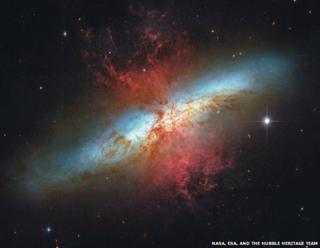