The United Nations says much more must be done to help thousands of migrants trying to reach Europe by boat.

UN figures say 13,500 migrants have been rescued trying to reach Europe so far this year and around 35,000 have arrived from Africa in 2015.

A boat carrying up to 900 people sank off the north African coast on Saturday. Authorities say 28 people were rescued; but many more died.

Each year many thousands, many of them children, attempt to cross the Mediterranean Sea to Europe, trying to escape poverty and war in their home countries. 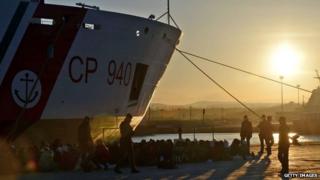 The biggest numbers arrive in Italy and Greece, because these countries are directly across the sea from Libya in north Africa. 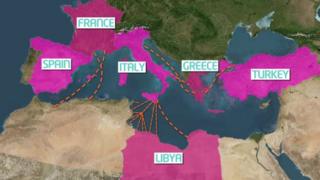