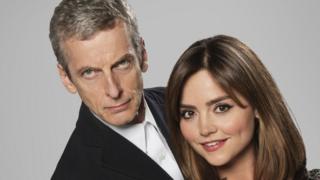 Discussions about a big Doctor Who movie have been leaked online.

Sony Pictures was targeted by hackers in 2014 and thousands of private emails were stolen and published online.

The latest group of leaked emails reveal a discussion between the BBC and Sony Pictures about a Doctor Who movie.

One email describes a conversation with Danny Cohen, the BBC's director of television, who apparently said there would be "tremendous interest" in a Doctor Who film.

But one Sony boss, who had discussed the idea with the BBC, said the Doctor Who team "don't want to do one at this moment".

Andrea Wong, Sony's international chief, writes that a film could happen in the next eight years.

She wrote in an email: "A film won't happen in the next year to 18 months, but it is expected that it will happen after that within the eight year horizon."

Sony said it "strongly condemns" the publication of the stolen emails.