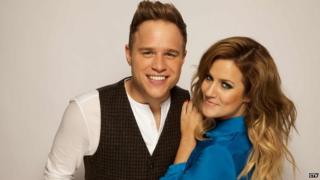 Olly Murs and Caroline Flack have been confirmed as the new presenters of The X Factor.

They are the first pair to host the Saturday night show, replacing Dermot O'Leary who announced he was leaving after eight years. 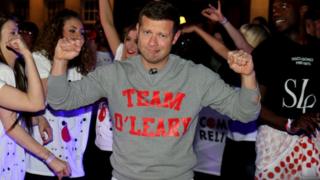 Presenter Dermot announced he was leaving X Factor back in March

The pair will be used to the show as they co-hosted The Xtra Factor on ITV2 for two years from 2011.

Olly was a contestant on the show back in 2009, when he came second to Joe McElderry.

Caroline is no stranger to TV talent shows either; after winning last year's Strictly Come Dancing. 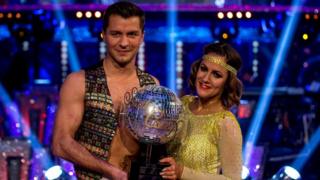 Caroline Flack and Pasha Kovalev won Strictly back in 2014

X Factor boss Simon Cowell said he was "absolutely delighted" that they were returning to the show.

The new series of The X Factor returns this autumn.

Dermot O'Leary dances on the BBC news for Comic Relief

Strictly Come Dancing: Who is in the final?