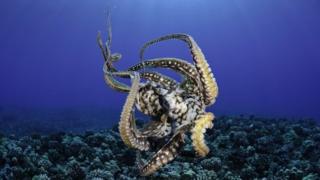 How an octopus uses its limbs to move

They're the eight-tentacled creatures of the ocean, with huge heads and strong suckers along their 'arms'.

But how does an octopus move so gracefully without having any bones?

It's a question that's confused scientists, but now a team in Jerusalem think they've found the answer.

Researchers at the Hebrew University there have been filming the amazing creatures crawling.

They've discovered that each individual limb pushes the body in a different direction.

So by choosing a different 'arm', an octopus can push itself along, without having to worry about which direction they're going in.

Dr Guy Levy and his colleague Prof Benny Hochner filmed the animals from underneath as they crawled, and analysed their movements frame by frame.

"[It has] found a very simple solution to a potentially complicated problem - it just has to pick which arm to recruit."

Dr Levy added: "Every time we try to understand something new about the octopus, there are new surprises."

The findings have been published in the journal Current Biology. 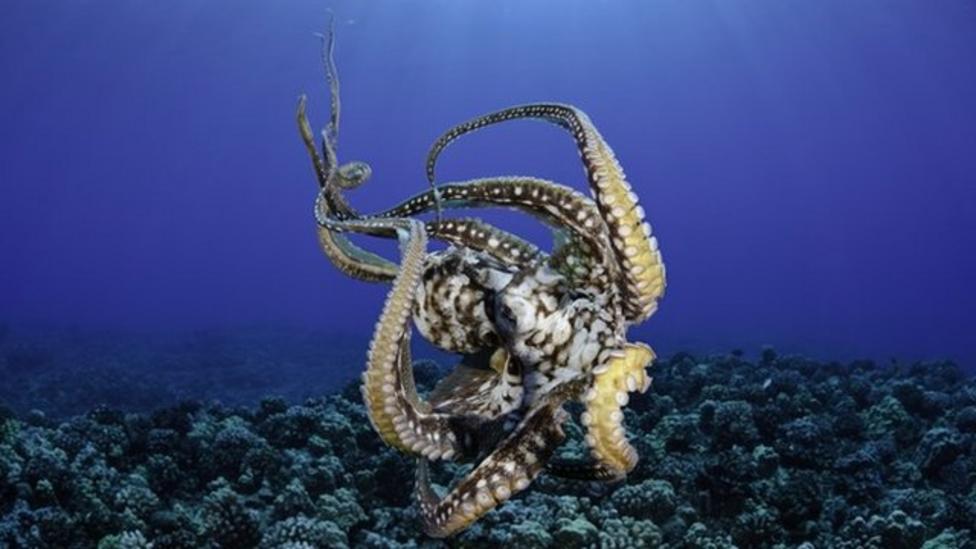 How an octopus uses its limbs to move