Zoella and Alfie Deyes get waxworks at Madame Tussauds 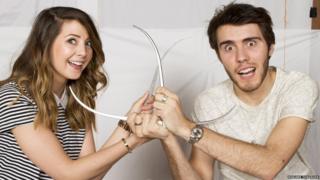 You know you've hit the big time and are famous when you get your own waxwork at Madame Tussauds.

YouTube stars Zoella and Alfie Deyes are having wax doubles made.

It will show them lounging on a bed uploading videos in a mock-up of their spare bedroom in their Brighton flat.

They'll be on display in London later this year. 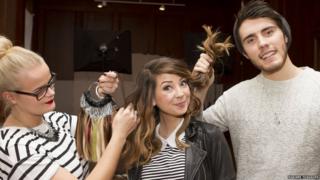 Zoella and Alfie tweeted about their excitement.

"So @PointlessBlog & I have been asked to be made into wax figures for Madame Tussaudes! BEYOND EXCITED. Such a cool opportunity :)"

Alfie wrote on Twitter: "ZOE & I ARE GOING TO BE WAX FIGURES IN MADAME TUSSAUDS!!"

The pair had their first sitting for sculptors on Monday.

In the four-hour meeting, they agreed to donate their own clothes for their waxworks to wear.

Zoella - how I deal with cyberbullying