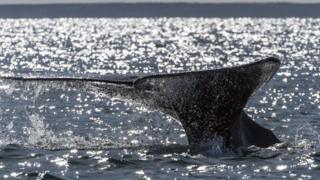 Scientists tracking gray whales have found that the mammals swim further than they expected.

One female gray whale, called Varvara, swam all the way from the east coast of Russia to Mexico and then back again in the summer.

The journey clocked up 14,000 miles and is the longest recorded migration of any mammal, according to the scientists.

Every year, lots of whales migrate to warmer areas to eat and breed.

But they're not the only species. 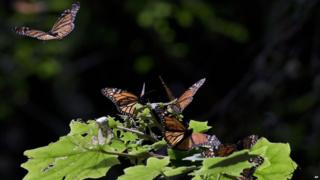 Every year, monarch butterflies that live in America head south for a warmer winter, and then back again - a trip of more than 4,000 miles. 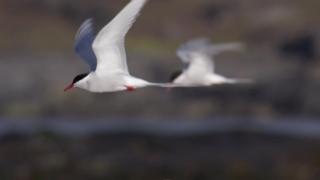 The arctic tern may hold the record for the longest migration of all, heading from Iceland and Greenland, to the oceans around Antarctica on the other side of the globe.

The discovery of Varvara's epic journey may help wildlife experts keep an eye on the population of whales.

But this new information could mean they're all part of the same group, and spend their time swimming between both locations.