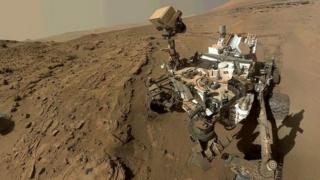 Curiosity Rover has discovered evidence that scientists think prove that water can exist on Mars as a liquid.

Up until now, it was thought that Mars was too cold - and all liquid water would freeze.

But the rover has discovered salts beneath the surface of Mars, that lower the point that water freezes.

These salts allow thin films of water to form - which has given scientists hope that some form of life could exist below Mars' surface. 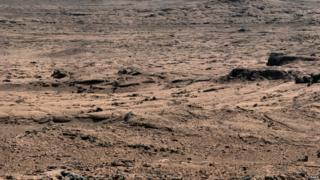 NASA
Curiosity has been exploring the surface of Mars since 2012.

Curiosity Rover landed on Mars in 2012, and has been exploring the planet ever since.

It's going to continue roving an area called the Gale crater for as long as possible.

Scientists have wondered if dark streaks found on Mars might have been made by flowing water in the past.

The discovery of these salts means that might have been possible.