Tennis star Andy Murray has married his long-term girlfriend Kim Sears in a ceremony in his hometown, Dunblane.

A white wedding car brought Kim to the back of Dunblane Cathedral in Scotland.

The couple exchanged vows at the cathedral before making their way to a small reception for family members and close friends.

Hundreds of the world's media captured the event, which has sparked interest around the globe. 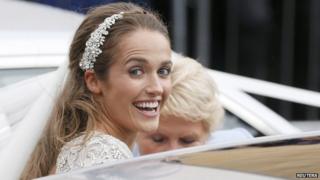 The former Wimbledon and US Open champion was greeted by a huge cheer from the gathered crowd when he arrived.

Guests lined the path from the cathedral doors and bells rang as the couple left the church and were showered with confetti.

The bride was accompanied by four bridesmaids in long pink gowns. 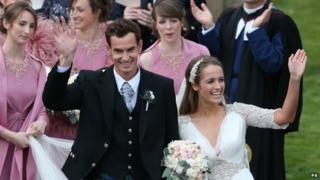 Murray announced his engagement to Miss Sears, his girlfriend of nine years, in November last year.

The pair met as teenagers in 2005 through her father Nigel, who is a tennis coach.