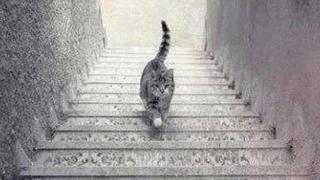 This optical illusion picture of a cat has had lots of people online, asking: is the cat moving up, or down the stairs?

It's being compared to the that went viral early this year, when some people saw different colours in the same photo.

Because of the way the light falls on the stairs, there aren't many other clues in the picture to help the brain decide whether it's going up or down.

But one clue could be in the moggy's tail. 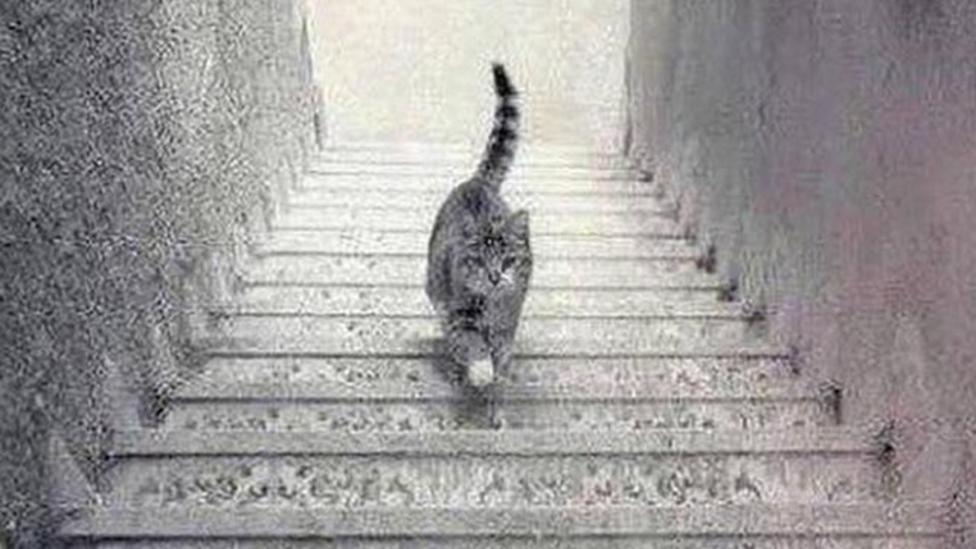