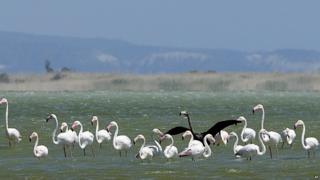 Birdwatchers were stunned when an rare black flamingo was spotted on the island of Cyprus in the Mediterranean Sea.

The bird was spotted on Wednesday feeding with a group of the more normal pink-coloured flamingos.

It's melanin that normally gives a flamingo's feathers their usual pink colour. But too much melanin could produce this dark black colour. 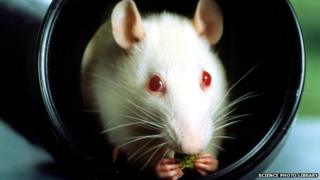 Science Photo Library
The black colour is caused by more melanin than usual - the opposite of an albino like this rat, where too little melanin is produced

Bird enthusiasts say that while black flamingos are found in other parts of the world, it's extremely rare to see them in the Mediterranean Sea, and this may be only the second time one's ever been seen in this area.