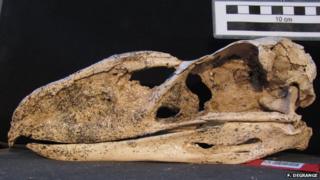 It is the most complete skeleton ever discovered for one of these menacing beasts, and is a new species. 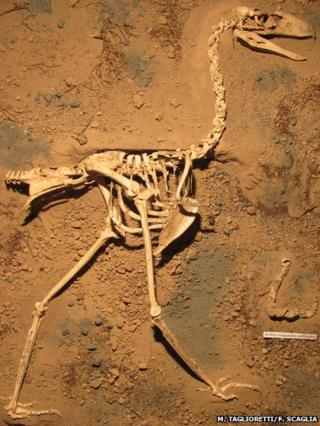 M. TAGLIORETTI/F. SCAGLIA
It is the most complete terror bird specimen ever found

Scientists were able to reconstruct the shape of the bird's inner ear.

These models suggest the animal's hearing was probably lower than that of modern birds and suggests they used low-pitched calls to communicate.

Terror birds, or "phorusrhacids", were the top predators on the South American area after the dinosaurs died out, 65 million years ago.

"By comparing their anatomy with birds that are alive today, you might imagine that they sounded something like an ostrich or an emu," Dr Degrange said.

"But it's not possible to say for sure."

The study was published in the Journal of Vertebrate Paleontology.