How was the Moon made? Two planets smashed together 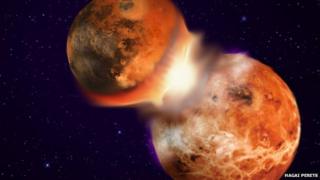 A new study suggests that the Moon was formed by a huge collision between Earth and a very similar planet.

Scientists think this is why Earth and Moon rocks are much more similar than we might expect.

The study, by researchers from Israel and France, recreated the early Solar System and measured the different collisions that might have happened.

Scientists say the work, published in the journal Nature, gives a better understanding of the Moon's history. 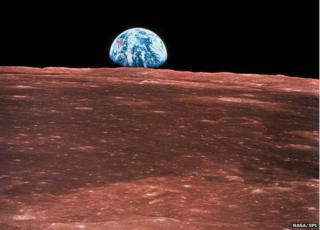 NASA/SPL
Sisters in space - how similar are the Earth and the Moon?

In its early stages, the other planet similar to Earth would have bumped into lots of other planets.

According to the study, the last of these was a huge crash between Earth and a planet made of similar stuff, just ten times smaller than Earth.

It's thought what was left over from that massive smash, eventually clumped together to make the Moon.

Two other studies, also published in Nature, looked at Moon rocks collected by the Nasa Apollo missions, and both support the idea of the "great impact" of Earth and another smaller planet. 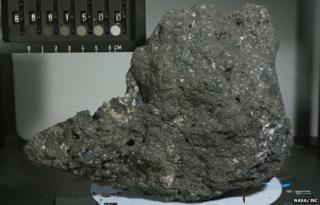 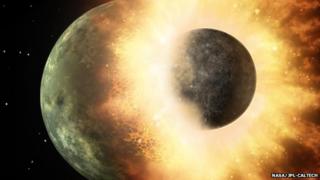