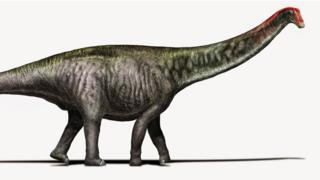 Despite being one of the most famous dinosaur names on the planet - the name Brontosaurus has not actually been used by experts for over 100 years.

Back in 1903, scientists decided that the dinosaur that was known as Brontosaurus was too similar - because of it's long neck -to another species called the Apatosaurus.

So the Brontosaurus was declared extinct because they were both thought to be from the same species.

Now a team of experts from Portugal have decided they did show enough differences to be classed as two different species. So Brontosaurus is back!

The general public were really interested in dinosaurs, and so people in America raced against each other to find new fossils and discover new species.

It was known as 'the bone wars', and fossil hunters were desperate to get their names in the record books by naming new dinosaurs. 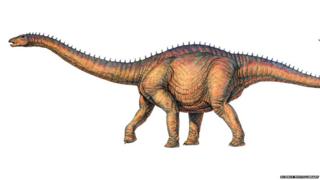 On one expedition in the US, Othniel Charles Marsh and his team discovered fossils of what they thought were two long-necked dinosaurs.

They called one Apatosaurus, and one Brontosaurus.

But later, a museum in America decided those two fossils were actually the same species. And so Apatosaurus stuck...and Brontosaurus was no more.

But even though it wasn't accurate, the Brontosaurus has been one of the most famous dinos on the planet.

It's one of the first names that comes up when people think of ancient creatures.

Historians think the name just stuck when there was so much public interest in dinosaurs over a hundred years ago.