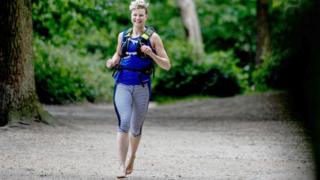 Most people would find the idea of running one marathon (just over 26 miles) pretty daunting, so how about running the equivalent of 100 marathons...and without wearing any shoes!

Anna McNuff is doing exactly that across the length of Britain.

The Girlguiding ambassador and adventurer reckons the 2,620-mile journey will take her about five months to complete.

The 21-year-old who claims to have visited every country

This is the first Briton in history to trek Antarctica solo

She'll not only have to go across rugged and rocky countryside with no shoes, but also along dirty city streets - so we imagine her feet are going to be pretty tough by the time she finishes.

But this isn't the only incredibly extreme challenge that a person has undertaken. Here's five others to choose from. 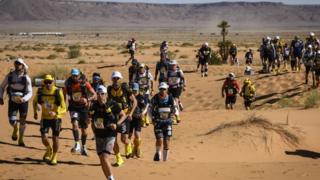 One race you definitely wouldn't want to run barefoot is the Marathon des Sables.

This ultramarathon is often called the toughest race on earth. It takes place in one of the inhospitable environments in the world - the Sahara desert.

It is about 156 miles, which is approximately the distance of six regular marathons done in six stages, over six days.

There are communal tents that everybody shares, but competitors need to carry every other piece of equipment that they need. Water is limited and if you drink over the amount you are allowed, you get a slower time. 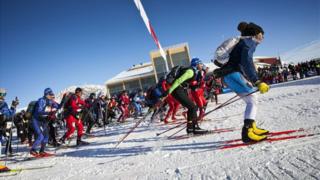 This ultimate endurance race involves skiing about 100 miles across the Arctic in temperatures as low as minus 50C, which is so cold your eyelashes could freeze.

Located just above the Arctic Circle, Sisimiut is the second largest town in Greenland. There are no roads connecting them so inhabitants must either fly, snowmobile or use dog sleds for transport.

Each competitor must carry a backpack containing a survival kit, including foil blankets, whistle, first aid kits and warm clothes.

The race lasts three days with the nights spent trying to keep warm in tents. Skiers are accompanied by supporters travelling on sleds pulled by dogs. 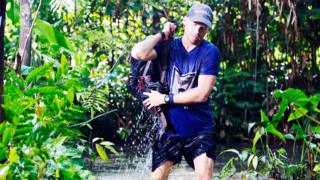 This six-stage course is roughly 158 miles through Brazil's Amazon Rainforest.

The people who dare to do this course must cross swamps, wade through rivers and find their way through the dense forest.

There are also snakes and animals they might come across too, so they have to be careful.

The organisers have also got a similar challenge in Belize in Central America. 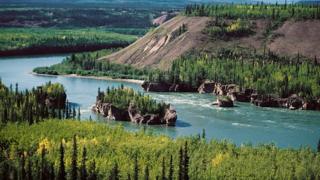 The world's longest annual canoe and kayak marathon is 444 miles through the Yukon River in North America.

The race begins in Whitehorse in Yukon Territory, Canada and - other than two rest stops - paddlers race non-stop over 444 miles to Dawson City also in Yukon.

The event takes place in the summer when the Sun is often still visible at midnight, which is why it is sometimes called the Race of the Midnight Sun. 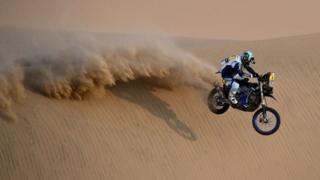 This race across South America is open to professional and amateur drivers who can choose to travel by car, truck, quad bike or motorcycle.

It used to go from Paris in France to Dakar in Senegal, which is why it's called the Dakar rally, but from 2009 to 2019 it was held in South America - and in 2020 it will take place in Saudi Arabia.

Drivers race across canyons, dunes and mountains to complete one of the world's toughest rallies.

The 'crocodile' that caused quite a stir in Devon