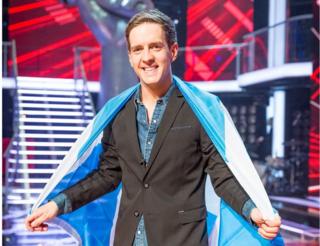 Stevie was the favourite to win the the singing competition

Scottish firefighter Steve McCrorie has won the fourth series of The Voice.

The 29-year-old triumphed over Lucy O'Byrne, who is trying to make it as an opera singer.

"I'm so lost for words right now," he said, his voice cracking after being told he had won. "I can't thank everyone enough for doing this for me."

His debut single is a cover of Lost Stars, from the film Begin Again. 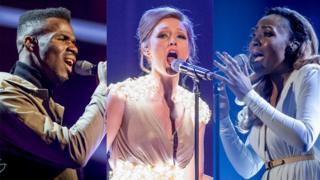 The other finalists: Emmanuel Nwamai, Lucy O'Byrne and Sasha Simone

McCrorie was coached to victory by Kaiser Chiefs frontman Ricky Wilson, who put the singer's victory down to "connecting with people".

"Stevie's a typical Scotsman. Although on paper he was the favourite all along he still felt like the massive underdog."

But 7.9 million were watching when the winner was announced at 9pm. 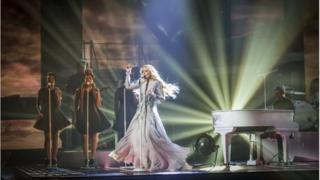 The final also saw a dramatic performance from Paloma Faith

As well as O'Byrne, he beat Emmanuel Nwamadi and Sasha Simone, who were eliminated halfway through the final.