What California's done to stop drought 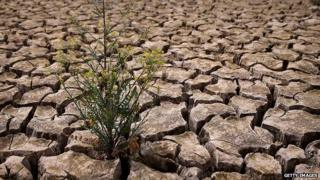 Getty Images
This dry earth used to be the bottom of a lake.

Drought is so bad in California, in America, that restrictions on the amount of water people can use have been introduced for the first time in the state's history.

California's most important politician has ordered a 25 per cent reduction in the water being used in town and cities.

The American state has had a lot of dry weather and snow in the mountains is at its lowest levels.

It means water supplies from the melting snow will be lower than normal over next few months so California is taking precautions. 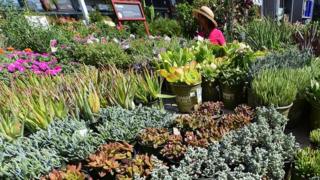 Getty Images
Some lawns will be replace by plants like these, that cope well in dry weather.

University campuses, golf courses and other large landowners will need to make big cuts in the water they use.

Large government-owned lawns will be replaced by plants that cope well in droughts, and towns will be banned from watering grass.