Why does TV election debate matter?

The big televised debate between the different politicians hoping to get people's votes in the General Election takes place on Thursday.

So, Newsround's been finding out why it's a big deal and what skills the leaders need to succeed.

The TV debates are fairly new in the UK with the first one only taking place before the last election in 2010.

This time round seven party leaders will take part in a two hour debate to be shown on ITV.

What is a debate

A debate is a way for people with different views to argue against each other in an organised way.

It means everyone gets to chance to talk, trying to convince an audience that their opinion is the right one.

Debates are won when one side manages to persuade more people than the other that their opinion is right.

This can be done by making strong points that the audience will remember, or finding problems with the other debaters' ideas. 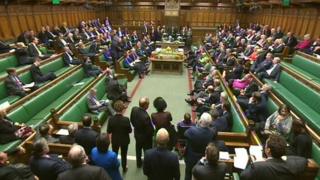 Where do debates happen?

Debates can happen everywhere, from classrooms and town halls, to the Houses of Parliament.

MPs in parliament often debate over the various issues that affect the people living in the UK.

During the 2015 general election there'll be several leaders' debates on TV, where each of the leaders of the top parties try to convince the public they're the best person to run the country.

What do you want to ask the leaders? Send us your questions for them

Don't talk over your opponent

Good debaters do not talk over other people when it is their turn to speak.

Interrupting people is seen as unfair, as it means you're not giving the audience a chance to hear the other person's point. 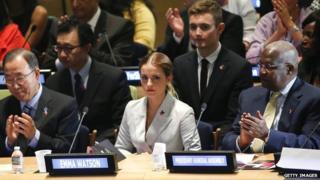 Getty Images
Emma Watson often debates on equality issues.
Listen to the question and answer it

It is important to listen to the questions being asked when debating.

If you don't listen your answer might confuse the audience, or make them like your ideas less because you didn't answer the question properly. 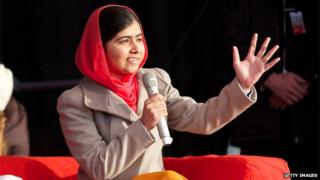 Losing your temper in the middle of a debate could make people dislike your ideas.

Even though you may feel very passionate about your ideas, losing your temper will mean that the audience won't be able to hear your ideas clearly, and may think you are unprofessional.

What do you want to ask the leaders?