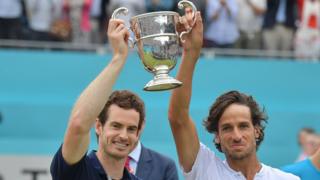 It was a dream comeback to the tennis court for Andy after recovering from potentially career-ending hip surgery in January.

They beat Britain's Joe Salisbury and American Rajeev Ram in the final.

Murray said afterwards he was still pain-free following his hip operation, and is now set to play in the doubles at Eastbourne, followed by Wimbledon.

Andy Murray is heading to Wimbledon! 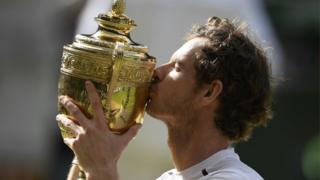 Reuters
Andy will play in the men's doubles at this year's Wimbledon. He won his last Grand Slam singles trophy there in 2016

He described ending his comeback tournament with victory as "brilliant".

"I've enjoyed it, I felt very relaxed at the beginning of the week, then I started getting more nervous as the week continued and my competitive instincts were kicking in," he said.

Andy has now won an amazing 45 singles titles and three doubles titles during his career. Here are some of the tennis superstar's top moments. 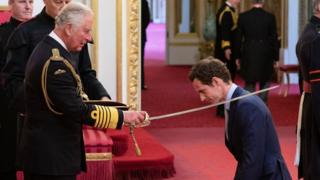 Andy became Sir Andy, and went to Buckingham Palace to collect his knighthood.

Sir Andy said he was "very proud" to receive the honour.

The 32-year-old added: "It's a nice day to spend with my family - my wife and parents are here."

November 2016 - The best player in the world 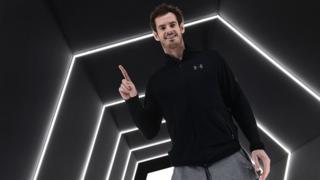 Andy Murray entered the Paris Masters tournament knowing that if Novak Djokovic did not reach the final, and that he won the tournament, the number one ranking would be his - and that's just what happened!

Andy beat John Isner in the final and became Britain's first singles world number one since computerised rankings were introduced in 1973! 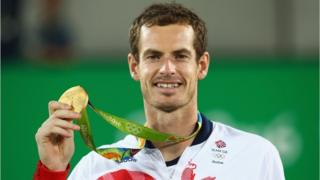 He became the first man ever to win two Olympic singles tennis titles, having bagged his first one at the London 2012 games.

He was also chosen to carry the flag for Great Britain at the Rio 2016 opening ceremony. 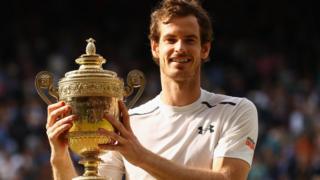 Andy Murray became Wimbledon champion for the second time with a superb performance against Canadian Milos Raonic in the final.

Murray is the first British man to win multiple Wimbledon singles titles since Fred Perry in 1935. 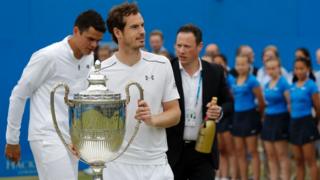 He said: "I certainly couldn't have asked for a more memorable first Father's Day, winning a trophy and spending time with my family."

Raonic led by a set and 3-0 before Murray became the first player this week to break the Canadian's serve. 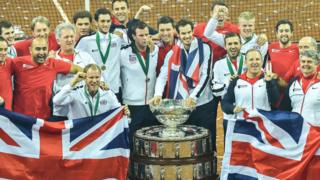 It was the first time the team had won since 1936.

Murray beat Belgium's David Goffin to get the decisive point in Ghent, Belgium.

In 2014, Murray showed his sensitive side again when he broke down in tears on receiving the honour of the freedom of the city of Stirling.

Murray won the BBC Sports Personality of the Year prize in 2013 following his Wimbledon success earlier that year... 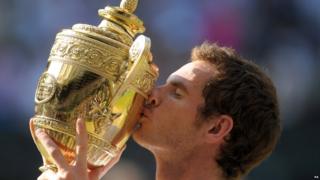 In 2013, Murray again made it to the Wimbledon final.

His opponent this time - the world number one, Novak Djokovic.

But this time Murray was more composed and ready.

He beat him in straight sets and ended Britain's 77-year wait for a men's champion. 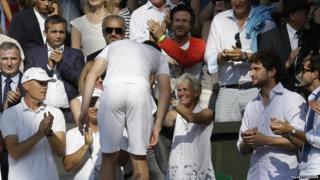 Murray leapt up to his player box to have a good hug with his team after winning Wimbledon.

But who did he forget to hug? His mum!

Luckily, someone reminded him as he was about to climb back down. Deary me, Andy.

At the 2012 BBC Sports Personality of the Year, we all learned that Andy Murray loves an awkward moment.

He came in third place and accepted his award live from Miami where he'd been training.

Boxing legend Lennox Lewis was on hand to present him with the award, but couldn't hear when to hand the trophy to Andy, who decided to take things into his own hands.

Who doesn't love an awkward moment?

September 2012 - Wins his first Grand Slam at the US Open 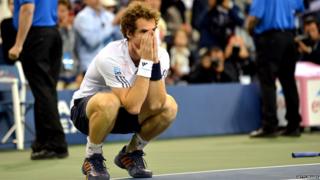 In September 2012, Murray made it to US Open final.

He'd now lost four of his previous Grand Slam finals but managed to fight through against Novak Djokovic in an epic five-set final. 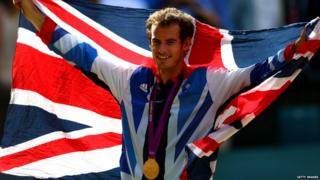 It was sweet revenge because just a few weeks earlier, Murray lost to Federer in the Wimbledon final. 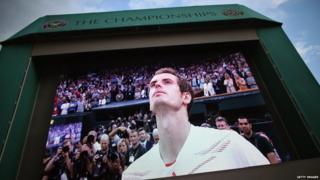 Seven years after his Wimbledon debut, Murray made it to the final.

With the whole of Britain's hopes resting on his shoulders, he was aiming to become the first British man since 1936 to win a major title.

He lost to tennis legend Roger Federer, but gained lots of new fans by having a good cry in his runner-up speech. 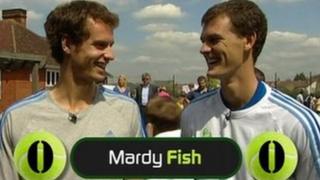 In 2011, Andy and his brother Jamie took part in a groundbreaking interview on Newsround.

In 2005, when baggy T-shirts were all the rage, Murray made his senior debut at Wimbledon and made it to the third round before losing.

But his run was enough for British tennis fans to know a new talent had arrived. 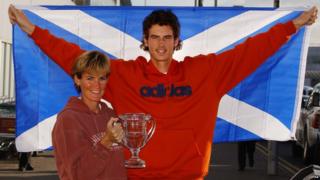 In 2004, Andy Murray launched himself into the limelight with his long hair and a breakthrough win at the Junior US Open.

He turned professional the next year.