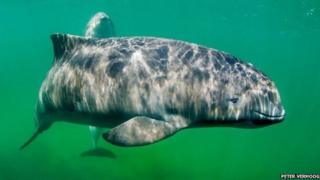 Porpoises change the beams of sound they use to hunt fish for food.

The animals hunt with clicks and buzzes - and pick up the echoes from the animals they hope to eat.

Researchers at Denmark's Aarhus University say they switch from a narrow to a wide beam of sound - "like adjusting a flashlight" - as they home in on a fish. 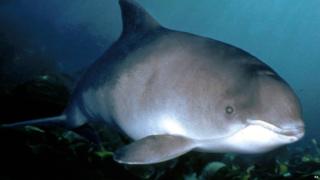 PA
A harbour porpoise, from the International Fund for Animal Welfare.

The researchers believe this could stop the prey of porpoises, whales and dolphins avoiding capture.

They also think that by revealing these acoustic secrets, they could come up with new ways to prevent porpoises, and other toothed whales, from becoming trapped in fishing nets.

Lead researcher Danuta Wisniewska and her colleagues worked with harbour porpoises in a semi-natural enclosure on the coast of Denmark.

In this unique environment, the researchers were able to fit the porpoises with sound-detecting tags, and to place lots of microphones to pick up sound around their enclosure.

"The animals still have access to the seafloor and are only separated from the harbour by a net. Fish are able to come in, so they're still hunting."

In one experiment, researchers dropped fish into the water to tempt the porpoises to hunt. 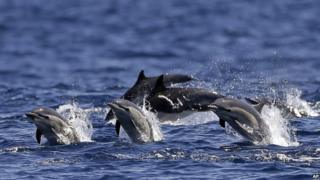 According to the study, the porpoises were able to broaden their beam by as much as 50% in the final phase of attack.

They were able to switch between a narrow and a wide beam.

This fine-tuning ability is controlled by a fatty structure in their forehead, called the melon, which acts as a sort of "sound lens".

The harbour porpoises involved in this study had been rescued after being caught in fishing nets.

The researchers hope this work will develop ways of using sound to prevent porpoises from accidentally chasing fish into these nets.