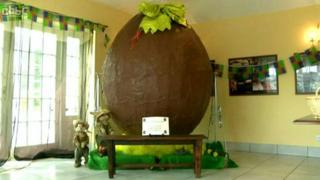 A chocolatier has melted more than 100kg of chocolate to create a seven-foot (2.1-metre) Easter egg.

Jan Hansen, who made the giant egg plans to sell it in pieces to raise money for charity.

But it's not the tallest chocolate egg; that world record was set in Italy, back in 2011.

That's as high as a double-decker bus and heavier than a full size elephant. Yum! 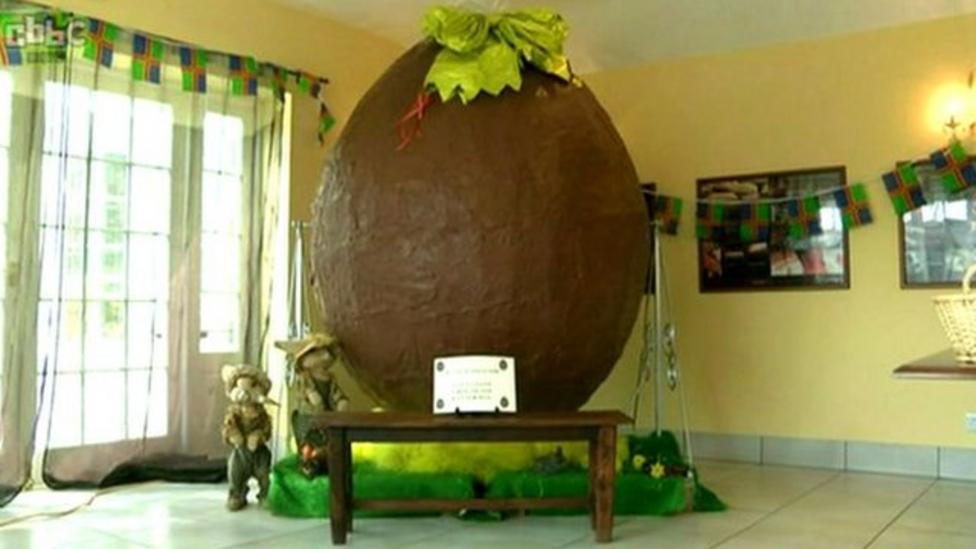