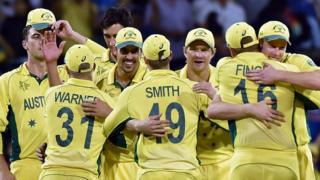 They won the match in front of their home supporters with a 95-run victory.

If they go on and win the competition it will be their fifth World Cup crown.

The final of the Cricket World Cup takes place this Sunday in Melbourne. 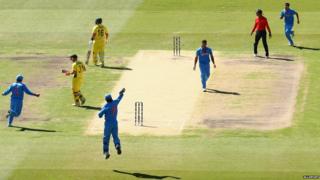 ALLSPORT
The semi-final was the fifth and last game to be held at Sydney this tournament. 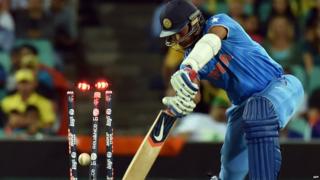 AFP
Indias Umesh Yadav was bowled for no score. 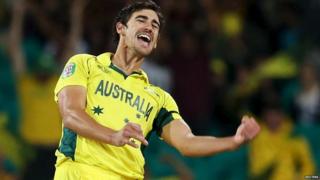 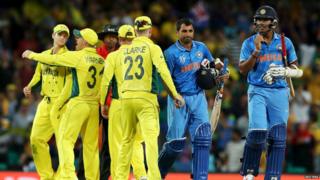 Usain Bolt shows off on the cricket pitch