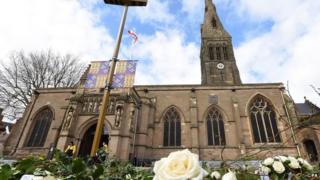 The remains of King Richard III have been buried at Leicester Cathedral.

A special service took place during which actor Benedict Cumberbatch, who's a distant relation of the king, read a poem.

The poem was specially written for the occasion by poet Carol Ann Duffy.

Richard III died at Bosworth Field in 1485, at the end of the War of the Roses.

His remains were found beneath a Leicester car park in 2012. 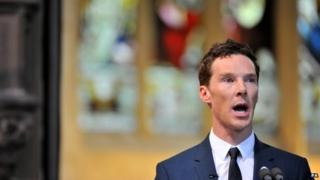 Across three days this week, more than 20,000 people queued for hours to view the coffin in Leicester Cathedral. 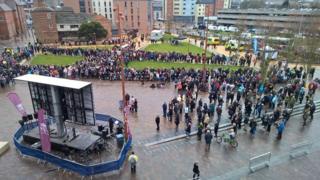 A big screen televised the service to people outside the cathedral

Today many people watched the service outside of the cathedral on a large screen. 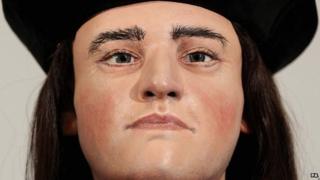