Hundreds arrested in India after cheating on exams 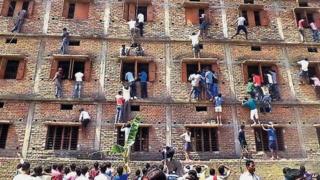 300 people have been arrested in India after they were caught climbing up school walls to help kids cheat on exams.

The incident happened in the Indian state of Bihar and many of those arrested were parents.

Students were seen copying answers from smuggled-in note sheets and at least 750 students have been expelled.

Almost 1.5 million students are taking their school leaving exams in Bihar and the tests are seen as crucial for their chances of a successful career. 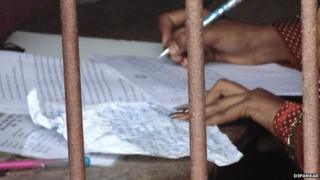 Dipankar
Cheating is reportedly common in Bihar exams but rarely seen on this scale. 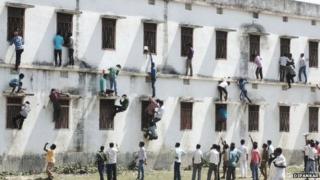 Dipankar
Parents and friends of students were photographed climbing school walls to pass on answers. 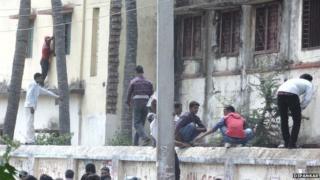 Dipankar
Officials have told parents that helping their children cheat would only harm them in the long run.