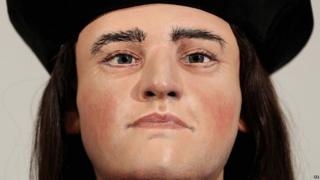 Special events have started today to build up to the reburial of Richard III, who was discovered in a car park in Leicester in 2012.

A ceremony has taken place at the University of Leicester and his remains will be taken to Leicester Cathedral, before being officially reburied next week.

After the discovery of the skeleton in 2012, it took archaeologists years to confirm that the remains were Richard III's.

Bones found in car park could be King Richard III