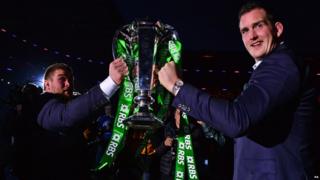 Ireland have won the Six Nations title on a dramatic final day of the championship.

Ireland finished with the same number of wins as England and Wales, but with a superior points difference, thanks to a 40-10 victory over Scotland.

The day had started with Wales beating Italy 61-20 in Rome. Ireland needed a huge win and their demolition of Scotland was enough to both pass Wales and set a target just beyond England.

England came close, but even an epic 55-35 win over France wasn't quite enough. 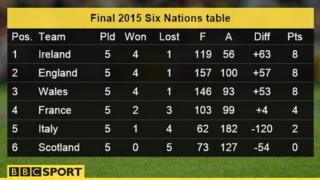