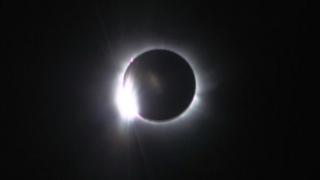 View of the eclipse from a plane

On Friday, people across the UK watched a very rare solar eclipse, where the Moon covered up the Sun.

The BBC programme Eclipse Live broadcast footage taken from a plane, soaring above the clouds with an unobstructed view.

A full eclipse was only seen by people further north of the UK, like those living in the Faroe Islands.

The UK saw a partial solar eclipse, where a bit of Sun still peeked out from behind the Moon. 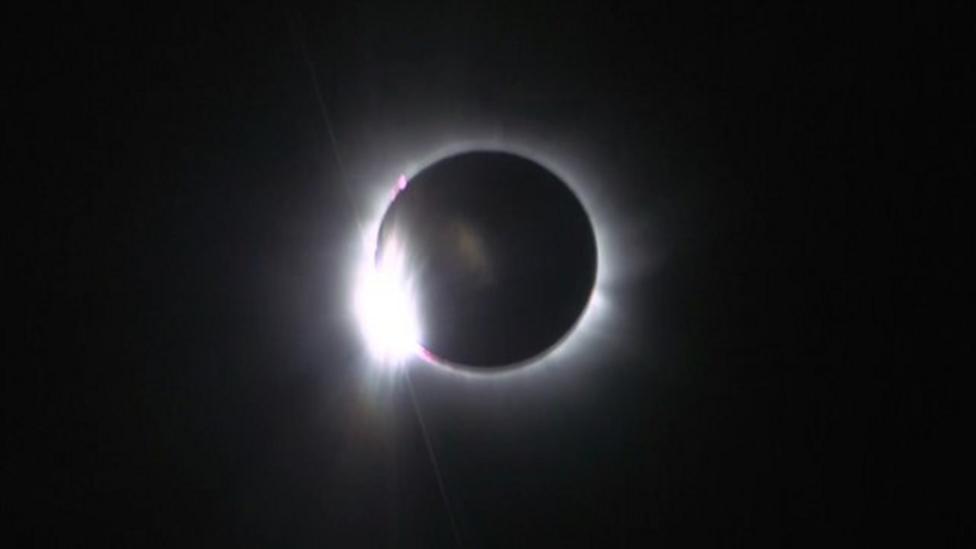 View of the eclipse from a plane