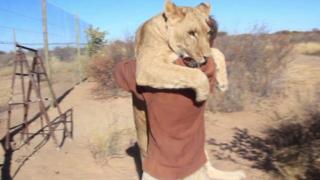 Watch the lioness who likes to hug

A lion hugging a human is definitely not something you see every day but for Valentin Gruener and Sirga the lion, it's their normal way to greet each other.

The pair have such a strong bond after Valentin rescued Sirga after she'd been abandoned by her mum.

She was just 10 days old, so Valentin decided to raise her himself, at a wildlife park in Botswana in Africa.

Now every time they see each other, the lion leaps on Valentin and gives him an affectionate cuddle.

"That happens every time I open the door. It is an amazing thing every time it happens, and it's such a passionate thing to do for this animal to jump and give me a hug," says Valentin.

"But I guess it makes sense. At the moment she has no other lions with her in the cage and I guess for her I'm like her species. So I'm the only friend she's got. Lions are social cats so she's always happy to see me."

Valentin and Sirga spend their time hanging out in the Botswana bush, lying around under trees, play-fighting, and hunting.

Sirga has her own miniature park where she can roam freely but Valentin says she won't be released into the wild because she has lost her fear of humans and could get too close to them. 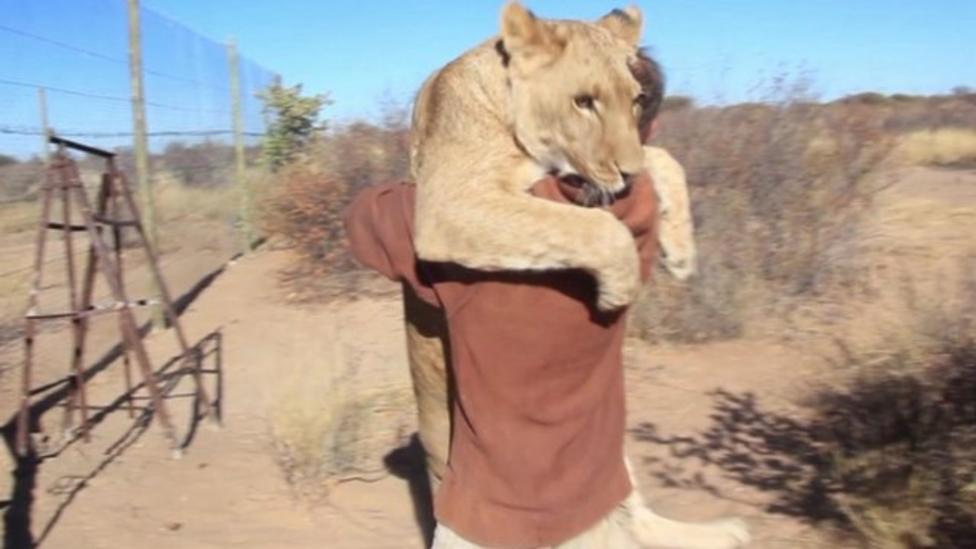 Watch the lioness who likes to hug