Ade Fisher
In Whitehaven Harbour, Cumbria, Ade Fisher captured this stunning shot of the Northern Lights above the water.

People in the UK have been taking amazing pics of the Northern Lights.

Also known as the Aurora Borealis, it's caused by eruptions on the surface of the Sun, spraying huge amounts of magnetically charged particles into space.

The past few days have seen much higher levels of solar activity than normal - with the biggest solar flare of 2015 spotted last week.

Tuesday night produced some of the most spectacular displays of recent months.

The best places to see the dazzling phenomenon are in northern parts of the United Kingdom. 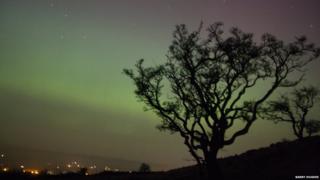 Barry Hughes
This is the Slemish mountain in County Antrim, Northern Ireland 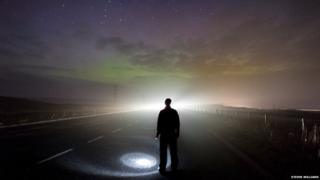 Steven Williams
This spooky picture of a man in Cumbria, north west England, shows the spread of greenish light across the sky 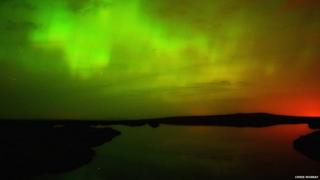 Chris Murray
In Lewis in the Western Isles of Scotland, the bright greens and reds spread far and wide. 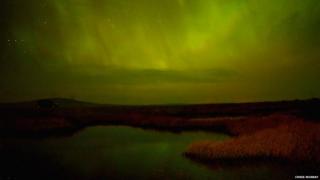 Chris Murray
Here's another emerald sky in Lewis. Newsround will be reporting from Lewis on Friday this week for the solar eclipse. 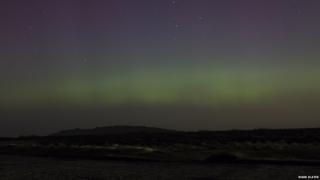 Mark Slater
This is Stanage Edge in the Peak District: the Sun's strong eruptions have meant the lights are more visible further south this week

Could oceans on Ganymede mean there's life there?