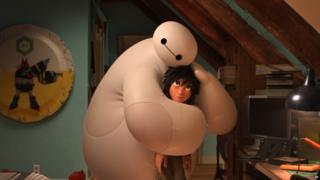 Disney's cartoon - based on characters from Marvel comics - made $633m (that's around £428m) globally.

The film is set in a futuristic world and tells the story of Baymax, a robot who can detect medical conditions.

As well as winning big at the box office, the film picked up an Academy Award for Best Animated Feature Film at the 2015 Oscars. 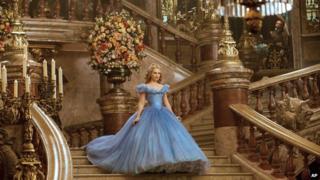 AP
Cinderella has topped the US box office

A new live-action version of Cinderella is following the success of Big Hero 6 closely, topping the US box office in its first week of release.

The film, directed by Sir Kenneth Branagh and starring British actors Lily James and Richard Madden, earned $70.1m (about £47m) over the weekend.

Live action Disney adaptations of The Jungle Book, Beauty and the Beast and Dumbo are all on the way.

A sequel to Tim Burton's Alice in Wonderland is also due to be released next year.

"It's about this Disney umbrella which encompasses these incredible crown jewel brands they have. Cinderella is just the latest example."

This year will also see Disney releases The Avengers: Age of Ultron and Star Wars: The Force Awakens.