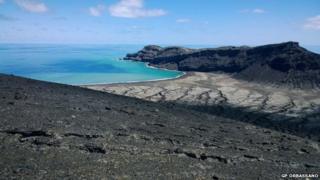 A new island has been formed in the South Pacific after the eruption of an underwater volcano in Tonga.

Pictures have emerged of the island, 45km north-west of Tonga's capital, Nuku'alofa.

The island which is 500 metres long was formed after an eruption at the Hunga Tonga volcano that started in December.

Video captured on a boat hundreds of metres from the volcano showed fast-rising plumes of gas emerging from the sea.

Satellite images taken within days of the eruption showed new rock formations, and more sediment in the sea. 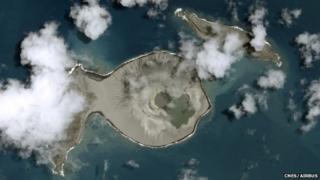 And next to one of the two islands that previously made up Hunga Tonga-Hunga Ha'apai was a large circular crater. 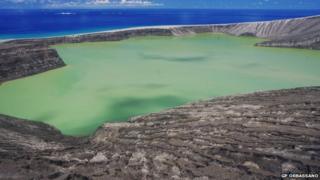 A resident of Tonga's main island captured striking images of the new island from its surface.

Gianpiero Orbassano, who owns a hotel in Tonga, travelled to the island with two friends.

"It's really quite solid once you are on it and it's quite high," he said.

"It felt quite safe - the only difficult thing was getting out of the boat on to the island. The surface was hot, you could feel it. And climbing it was hard in the bright sun." 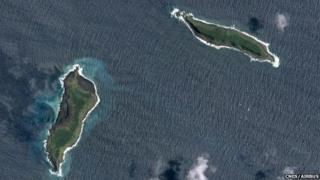 CNES/Airbus
A satellite image of Hunga Tonga before the eruption

Tonga is a made up of over 170 islands and is located in the Pacific Ocean, east of Australia.