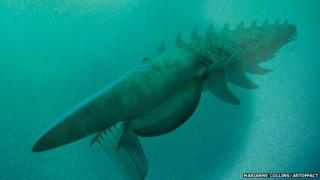 Millions of years ago lobsters as big, if not bigger, than human beings swam in our seas.

Scientists discovered the giant sea animal after its fossil was found in Morocco two years ago.

It had lots of tiny mouths on its back that ate all the food off the sea bed - a bit like how a whale does today.

Scientists say t would have been one of the largest animals alive at the time.

They say they filled an ecological role that hadn't previously been filled by any other animal.

The fossil is now being studied at Yale Peabody Museum of Natural History, in the US. 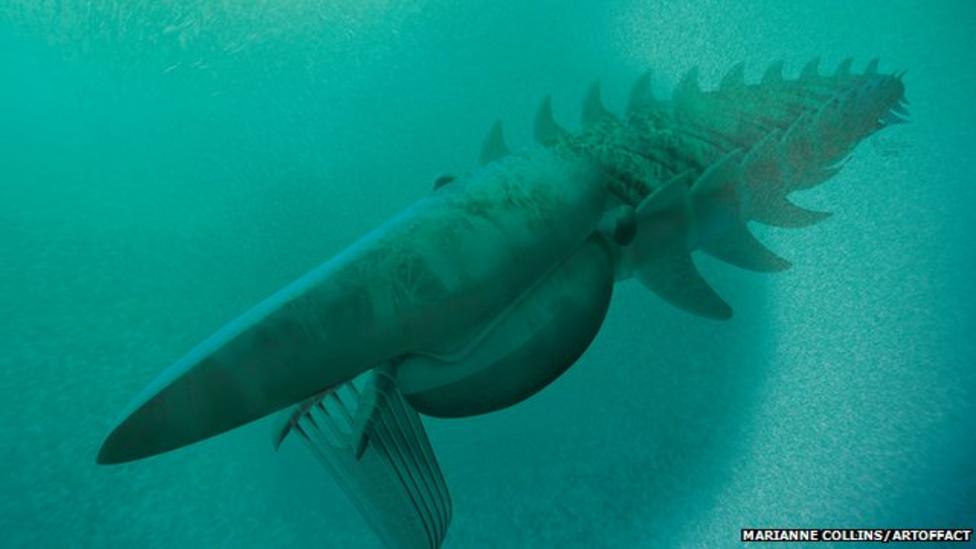